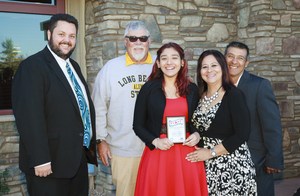 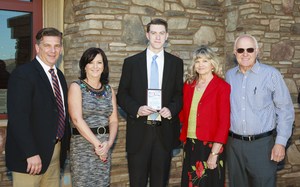 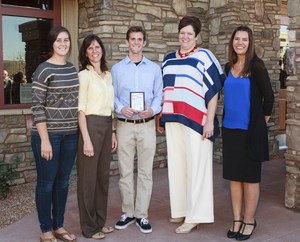 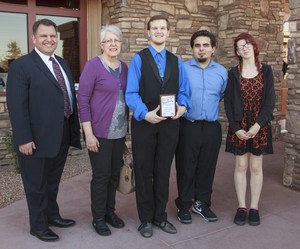 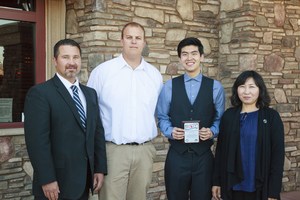 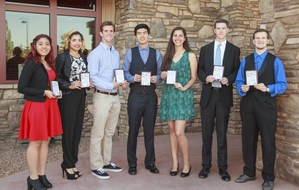 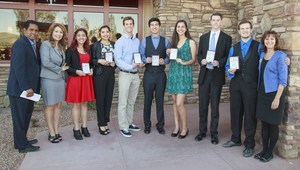 On February 24, 2016, five students were recognized for their hard work.

Sponsors of the Student of the Month Program donated backpacks filled with gifts, gift certificates, a certificate for a cap and gown for graduation, a plaque, and much more. The students had an opportunity to thank their families and teachers who have supported them and helped them plan their future life goals.

McKay Formica was nominated by Dawn Sonnier, a counselor at Hemet High School, for his determination and drive. He is currently ranked 3rd in his class with a GPA of 4.38; during his junior year his Mock Trial team won the county championship, and he currently takes as many Advanced Placement (AP) classes as he can fit in his schedule. Aside from his academic achievements, McKay is an avid backpacker, hiking to the top of Mt. Whitney. He strives to complete the challenges life has given him, and relies on his endless drive to keep him going.

Kyle Condis was chosen as West Valley High School’s Student of the Month. Joyann Gongaware, Kyle’s teacher, said it was a unanimous decision to select Kyle. He is highly involved within his school, dedicating a lot of his time to helping the drama program, and is the first State Thespian Officer from Hemet in the last 20 years. A turning point came when he decided to not listen to the negative comments being thrown at him, but had the courage to believe in himself. Kyle inspired a lot of people by telling his story and by saying, “I am me, and no one can do that better than myself.”

Jahaira Calvo was nominated by her ceramics teacher, Harv Fischer, as Tahquitz High School’s Student of the Month. Mr. Fischer nominated Jahaira for her perseverance, kind personality, and the drive to continually improve herself. Her creative projects always entertained her teacher, and gave her an opportunity to express herself. She plans on becoming a police officer, hopefully tying in her new found love for art into that plan.

SeonKwan Yoo was selected by Adam Bishop, one of his teachers at Hamilton High School. SeonKwan recently became the Salutatorian for his school. He came to America in fourth grade and expressed his struggles with learning a new language and culture. He was able to succeed by putting an enormous amount of effort into everything that he does. He plans on going to college to pursue his dream of becoming an engineer.

Alex Sauerwein was nominated by Cindy Graham as Helen Hunt Jackson College Prep High School’s Student of the Month. Mrs. Graham described Alex as the ideal independent study student. Alex is always prepared for his meetings and is dedicated to improving his education. He has high expectations for himself and works with his teacher to ensure he is on the right track. He plans to become a firefighter or paramedic and plans on enrolling at Mt. San Jacinto College to pursue these goals.

Congratulations to the students, teachers, principals, and family members. It was an inspiring morning celebrating these students and their bright futures.